The problem with purists and cert junkies

Blog
purists certs
1
1
68
Loading More Posts
Reply
Log in to reply
This topic has been deleted. Only users with topic management privileges can see it.
Global Moderator
last edited by phenomlab

I’ve never classed myself as or behaved like a technology purist. In fact, quite the opposite. Don’t get me wrong - I’m no maverick but I’ve never been a fan of opening a Microsoft exam prep guide and quoting sections of it to state my case. No. I prefer to leverage my own experience - knowledge that has been acquired over 30 years and earned “in the trenches”. In most cases, doing things “by the book” from a technology standpoint is nothing more than taking a much longer route to solve an issue, and in some cases, a recipe for disaster - rather like setting yourself up for a fall.

If we religiously “follow the yellow brick road” in terms of technology, there’s nothing unique about the approaches we take to quickly and effectively resolve an issue, nor are there any specific skills that set an individual apart from everyone else - in actual fact, we would all be carbon copies of each other so there would never be any variety - or more than one way to resolve a specific issue. Purists need to understand that just because a particular resolution works in a classroom, it’s by no means any indication that it will work in the real world.

And then, there’s the certification debate. Let’s get this clear from the start. I’m not bashing anyone with certifications - if you genuinely believe one week in a classroom, cram seasons, brain dumps, then an exam will outweigh years of practical and demonstrable experience, then that’s great. It’s just that I will never share this view.

Take this Dilbert cartoon - it’s an old favorite of mine and basically says it all in three slides.

What follows is my own personal experience of the certification mill. Back in the early 00’s, I worked for a commodities and trading firm, where I held a third line support post (for those wondering what “third line” means, this site offers an excellent explanation. In addition, their definition of third line support absolutely nails the very same message I conveyed above around experience and knowledge)

This sums up the third line position perfectly. You might get knowledge from classrooms, but experience is gained “in the trenches”. And that same “knowledge” is often useless in real-world scenarios.

We were in the process of building a web server that would house an “emergency folder” of all numbers and contacts you could use, and who you should notify in the event that something went wrong. This formed the basis of an early type of “run book” which means the same thing, but probably better understood in the industry (the firm I was working for was Swiss). The technical hierarchy of this firm was bizarre to say the least. The head office was based in Zug, Switzerland, and was considered to be the location where “the specialists” in subject matter were.

In all honesty, this could not have been further from the truth (their opinion was taken for “gospel” over yours every time regardless of if they were right or wrong!), although that was their policy, and they were sticking by it. One individual there was a certification “junkie” - I use that term because he systematically attended class after class, did the revision, and sat the exam afterwards. Not that there’s anything “wrong” with this particular approach - but this meant that if a solution to an issue wasn’t in any Microsoft textbook, or part of any course, it wasn’t valid in his view.

The upshot of the issue was that I wanted to force a specific DNS name - in this case it would have been simple initials - “LEF”, which would have stood for “London Emergency Folder” and when entered into the browser, the web server would serve the correct site. The individual in question tried to tell me that it wasn’t possible to do this - to which I responded it was in fact possible with the use of headers - which have been around since IIS 4.0 and Windows NT. I was going to demonstrate how this would work, although he said he didn’t have time, and needed to go to a meeting.

Fair enough - apart from the fact that 5 minutes later, I received an email from him that simply had the subject for your information with the message body being I did do the iis 4 exam.

I’ll admit, I was pretty p***ed by this response. Basically, just because he didn’t come across it in the coursework, or the exam, it wasn’t possible. And the response itself? In my view, it’s just plain dismissive, and rude. Just because he’d done the exam, his knowledge is superior. I don’t think so.

According to this site - dated 13th August 2001, so not my imagination

This is absolutely possible. And I’d read this article a few months before tackling this specific issue. 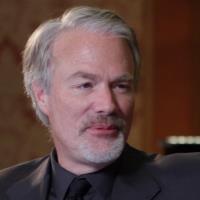 And the moral of this story? Just because you have been in a classroom environment and become certified, it does not make you an expert. Experience will always massively outweigh certifications in my view, and proof of concept is all the evidence you will ever need.